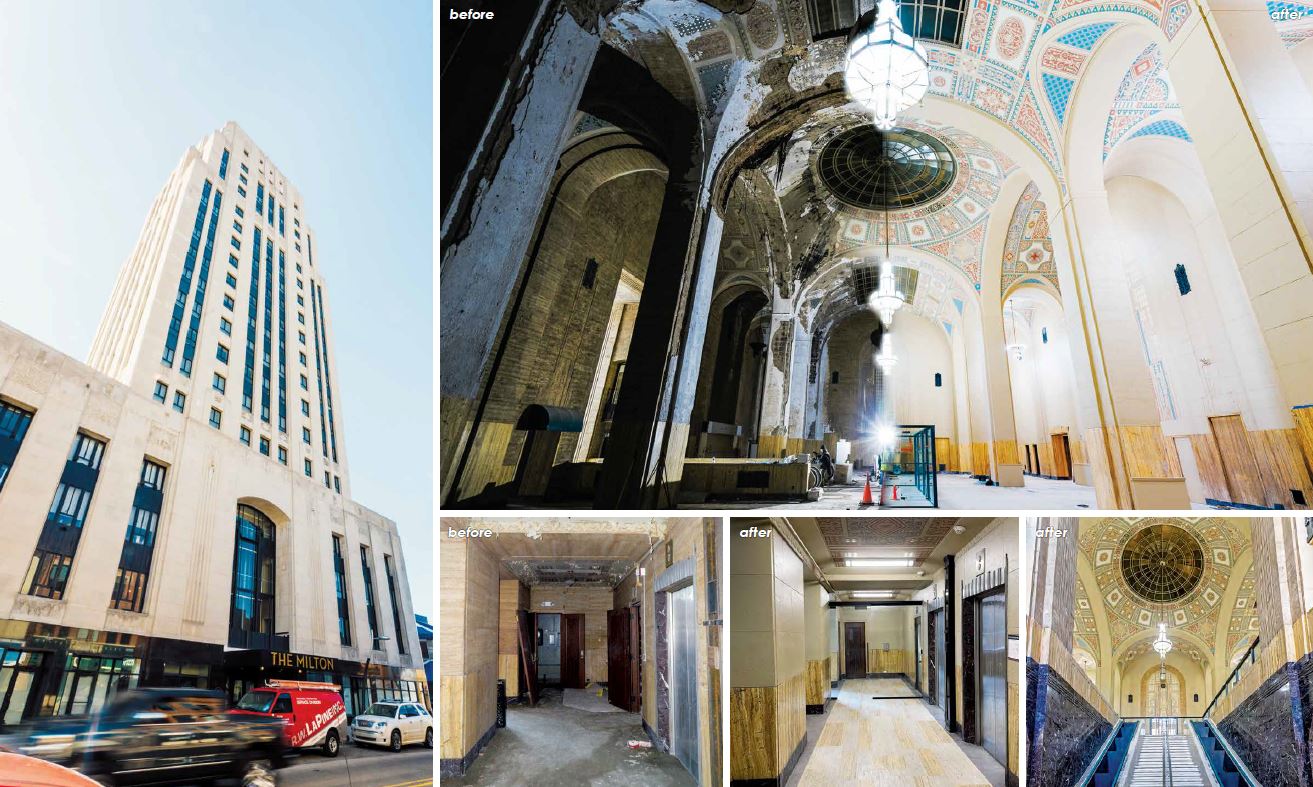 Rehabilitation of the Old-Merchants Bank and Trust Company Building into The Milton, Battle Creek

This Art Deco tower opened in 1931 as the home of the largest financial institution between Detroit and Chicago. The interior was known for its stunning domed banking lobby which embodied a sense of strength and optimism for the future. The bank weathered the Great Depression, but the number of tenants eventually decreased. Later known as Heritage Tower, by 2011, it was completely vacant and rainwater poured in through cracks in the roof.

Starting in 2017, MDH Development gathered a team of partners to jump start a large-scale adaptive reuse project. Cleanup and construction took more than three years to return the building to a habitable condition. The most challenging rehabilitation work involved replastering the entire banking lobby ceiling, 45 feet above the floor. In the tower, which had been condemned, all new mechanical systems and 85 modern apartment units replaced bank offices. The $38 million effort used Federal Historic Preservation Tax Credits enabled by the 2018 listing of the tower in the National Register of Historic Places. Additional support came from the City of Battle Creek, several local foundations, and a $10 million award from the Michigan Community Revitalization Program.

Today, the building has full residential occupancy, with reactivated commercial and event spaces on the ground floor. Now known as The Milton, this bookend of downtown Battle Creek shines as catalyst of new vibrancy and investment. To read more about this transformative project, visit here. 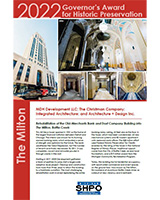