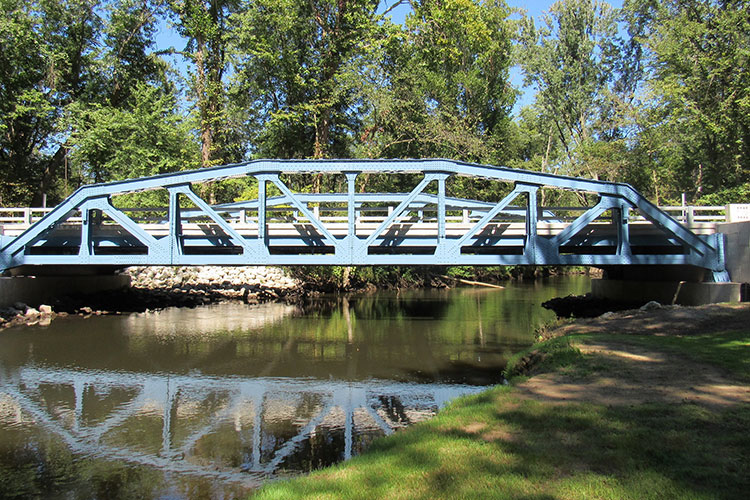 This camelback pony truss bridge was built in 1923 and originally located halfway across the state in Wayne County. With an increase in Detroit area traffic, the young bridge was repurposed in 1938 with funds from the Public Works Administration, reassembled over the Prairie River in rural Saint Joseph County to carry M-86 traffic for the next 75 years.

By 2011, the bridge no longer met current standards, and its replacement was planned. Identified as the last of its kind in state highway service, MDOT began looking for a local partner to find the bridge a new home. An ideal site was selected on Crystal Springs Road over the Dowagiac River in Cass County. This limited traffic location allowed the bridge to be rehabilitated with rivets, in compliance with the U.S. Secretary of the Interior’s Standards for Rehabilitation. 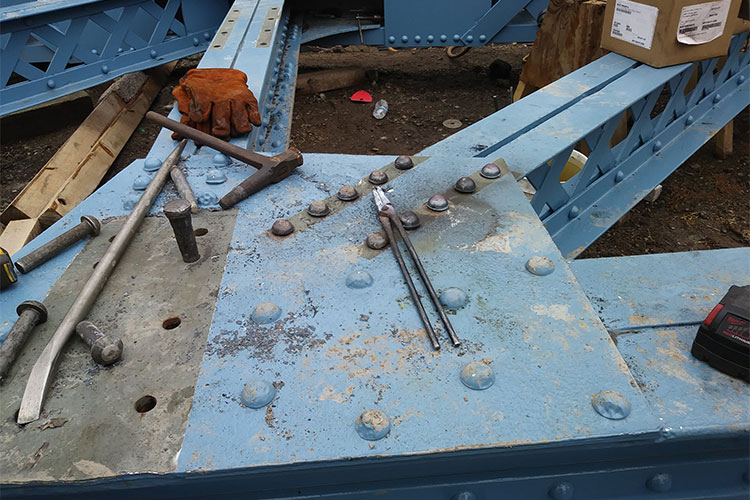 The bridge was carefully disassembled and steel was cleaned or replaced were needed. Skilled riveters replaced nearly 1,400 hot rivets, in the same manner as the bridge was originally constructed. The steel was reassembled on new piers and given a fresh coat of paint.

The local community provided vocal support for the project and held a ribbon-cutting ceremony when the bridge reopened to traffic in 2018. The Pony Truss Bridge will now see use long into its second century, and local motorists and kayakers on the river below will have a new community landmark. 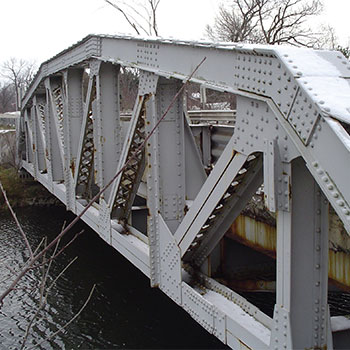 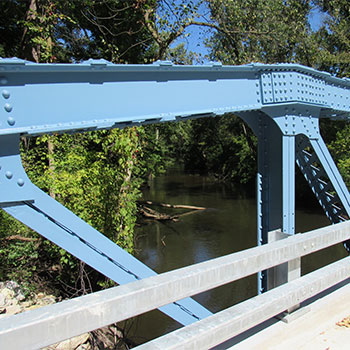