Michigan Archaeology Day is an annual one-day immersive event held at the Michigan History Center, 702 West Kalamazoo Street, downtown Lansing, where archaeologists from across the state gather to share with they've found and what they have learned. But the event is just the tip of the iceberg! Explore incredible virtual archaeology content from across both peninsulas in the sections below!

Archaeology is Important because it...

Archaeology is for Everyone

Archaeology is much more than just digging or diving—it is cooperative research, analysis, reporting, curation, stewardship, education, and public outreach. Learn about some exciting projects in sections below!

By land and by sea - Explore Michigan Archaeology!

Michigan's Commonwealth Heritage Group partnered with the Arizona SHPO to produce a series of in-depth artifact identification webinars earlier in 2022. They all cover topics which are just as relevant to Michigan as to any other state!

All the of the buildings at Fort Michilimackinac today are reconstructions based on archaeological excavations, but not every structure that has been excavated has been reconstructed. An ongoing archaeological dig project has taken place every summer here since 1959.

The MSU Campus Archaeology Program (CAP) has developed an impressive number of virtual tour and learning experiences which you can explore anytime from home! Their Digital Cultural Heritage module takes you to the following topics:

Shipwrecks are a wood and steel chronicle of the history of navigation, trade, and travel on the lakes. An estimated 6,000 vessels have been lost on the Great Lakes with approximately 1,500 of these ships located in Michigan waters. Explore shipwreck stories and locate nearby wrecks with this stunning storymap.

The 10 Major Shipwrecks at Isle Royale

Some of the most interesting archeological resources in Isle Royale National Park are hidden beneath the frigid waters of Lake Superior. The island, about 50 miles north of Michigan’s Upper Peninsula, is close to shipping lanes from Duluth and Thunder Bay, Ontario. Isle Royale’s harbors were potential refuge during storms, but primitive navigation technology also made them treacherous. At least 10 wrecks of large ships, dating from 1870s to the 1950s, lie within the boundaries of the park. Explore these wrecks in storymaps and underwater photography.

Located in northwestern Lake Huron near Alpena, Thunder Bay is adjacent to one of the most treacherous stretches of water within the Great Lakes system. Unpredictable weather, murky fog banks, sudden gales, and rocky shoals earned the area the name "Shipwreck Alley." Today, the 4300-square-mile Thunder Bay National Marine Sanctuary protects one of America's best-preserved and nationally-significant collections of shipwrecks. Learn more about how to visit and appreciate these wrecks, including a 360-degree shipwreck video tour.

Learn about the P-39Q Airacobra aircraft found beneath Lake Huron in 2014, 70 years to the day after its tragic crash.

Since its establishment in 1980, Michigan's underwater preserve system has grown to occupy more than 2300 square miles of Great Lakes bottomland in twelve distinct underwater preserves. They protect some of the region's most sensitive and historic underwater resources.

The Nautical Archaeology Society International Training Program is hosted by Northwestern Michigan College and is open to anyone who is interested in learning more about maritime and underwater archaeology.

A variety of state agencies partner in the stewardship of Michigan's submerged heritage. Learn more about this joint effort and who is responsible for what!

Explore this collection of Archaeology Posters, where stunning visual graphics illustrate an interesting piece of Michigan's archaeological history, and the stories behind the artifacts. Learn more about this year's poster: "Echoes of Community, Remembering Paradise Valley through Archaeology." 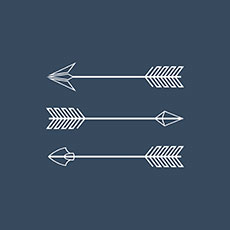 What is archeology? What do archeologists do? Are you curious about what people in the past did, or what they were like? This guidebook is perfect for ages 6-12.

Ancestors, Archaeology and the Anishinabek: Bridging the Past into the Future

Take advantage of these 3rd and 5th grade short curriculum units developed by the Michigan Department of Transportation, representatives from 10 sovereign Native American nations, and their partners.

A virtual “Choose Your Own Adventure”-style Apparitions & Archaeology Haunted Campus Tour that combines a tour of the sites we typically present at with in depth discussions of MSU’s historic campus, the people who helped to shape the school, and the results from some of CAP’s favorite archaeological investigations. The virtual tour is free and kid-friendly!

Providing interactive learning experiences for younger and older children, and great activities for entire families to do together!

Take your love of archaeology digital

This interactive map created by the Michigan DNR displays information related to Michigan's geology, natural features, and mining history. Within the map, users can view the distribution of sediments that were deposited and features left behind by the continental ice sheets that moved across Michigan during the last Ice Age, as well as sediments deposited by wind and water since the glaciers melted. These are shown in the layers titled Michigan Surficial Geology, Critical Dunes and Quaternary Geological Features. In addition, you can view the bedrock geologic formations that lie directly beneath the glacial sediments by turning on the Michigan Bedrock Geology layer.

You can also explore where copper, gold and iron were historically mined in Michigan. Native Americans mined copper in Michigan's Upper Peninsula for thousands of years. Native people used copper to fashion tools and ornaments and revered it as a source of power. Zoom in and out and turn on and off the different layers on the left column to explore Michigan's colorful geologic history! Learn more about this map and Michigan geology here.

There are many pieces to the puzzle of archaeology! In this series, the Society for American Archaeology explores some of the diverse careers in the field.

Modeling the Past: Photogrammetry and Anthropological Research

The Archaeology of MSU in twenty 3D Artifacts

Since 1990, the federal Native American Graves Protection and Repatriation Act (NAGPRA) law has provided for the repatriation and disposition of certain Native American human remains, funerary objects, sacred objects, and objects of cultural patrimony. Learn about NAGPRA at this links.

How You Can Help

Support Michigan archaeology by respecting sites on public land, being good stewards of sites on your property, volunteering, and learning more!

State government archaeology programs are administered by four cooperating entities. Who do you contact with questions? Use this guide to determine which office can assist you with your questions or needs.

SHPO archaeologists maintain the official record of archaeological sites in Michigan that includes more than 23,000 land and submerged sites and 1,500 shipwrecks, curate the state’s archaeological collections, accept artifact donations, nominate significant sites to the National Register of Historic Places, collaborate with Tribal and other descendent communities, and help landowners be successful site stewards.

Most importantly, we cannot protect or learn from sites that we do not know exist! If you think you have discovered an archaeological site, email your State Historic Preservation Office archaeologist so we can help identify what you've found: preservation@michigan.gov.

Is that part of a shipwreck? If you discover something along a Great Lakes shoreline, let us know by filing out the Great Lakes Coastline Survey Initiative Beach Wreckage Recording Form.

Artifacts are the property of the landowner (including the riparian landowner); you must have permission to remove artifacts from private land. Artifacts on federal or state land and bottomland (beneath the Great Lakes and where inland riparian rights apply) belong to all citizens, and it is illegal to disturb them. Leave them in place and report them to the appropriate land manager. Do not metal detect on public lands unless current regulations allow it.

Archaeological sites are nonrenewable. Once gone, they are gone forever. Treat every site with care and respect, and with their preservation for the good of future generations in mind.

With Thanks to our Partners

Archaeology Day is a joint presentation by the State Historic Preservation Office and the Michigan History Center-DNR. We would like to thank and recognize each participating partner for Michigan Archaeology Day 2022 and those who make their research and collections publically accessible. We also thank the Michigan Economic Development Corporation for their annual sponsorship of this event. Thank you!